Here is a bed that I have dug out all the previous soil and am going to start fresh.

Last year I started two nearby beds with a very high amount of compost in the soil. Between the compost breakdown and whatever was pulled from the soil into the plants, both beds had their level of soil sunk to almost half by end of season.
So, what can I do to make this the best soil possible?  And to meet the various plans and goals I have developed?
First I am going to put some daffodil bulbs around the edge and then excavate deeper in the center – until I hit Texas Gumbo soil. 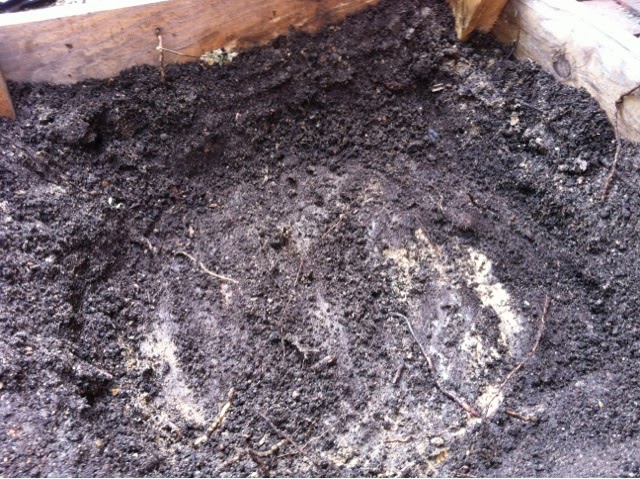 Next some gypsum along the gumbo in hopes of improving that layer of clay. 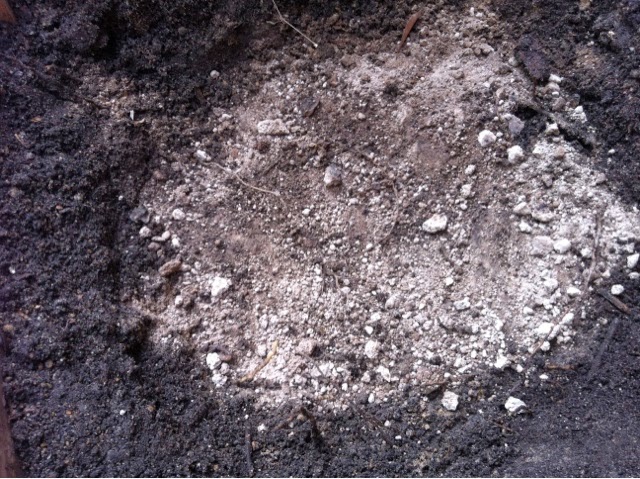 The next layer is a bunch of raw uncomposted stuff – clippings, leaves, whatever – from my “recently gathered” pile. Goal is to fill to about half the height of the bed but since fresh clippings can be fluffy, I eyeball how much I think it will squish down. 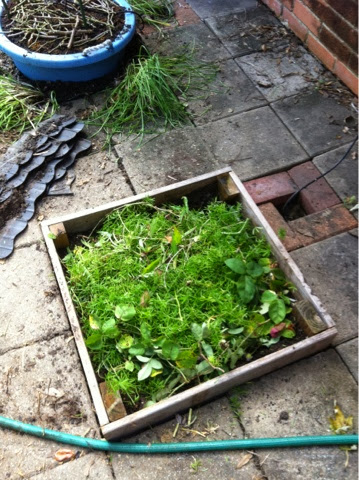 Next comes compost from my oldest pile – the stuff closest to finished. If available. If there is not enough of that then I go  straight to topsoil. Don’t want recent weed seeds or fungus in the top inches of soil. 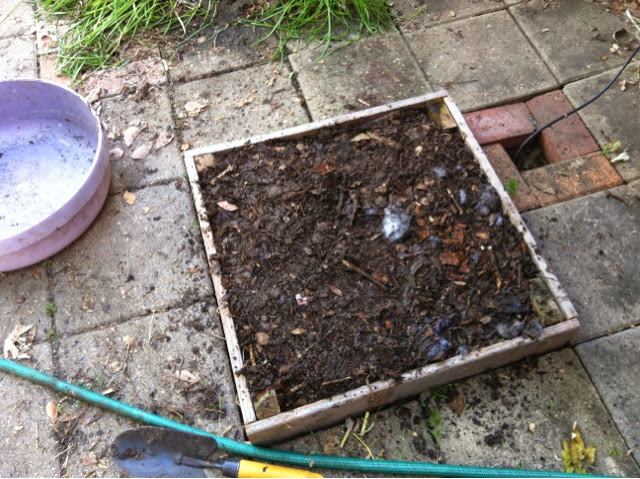 At this point if you press in the soil you learn it is still quite fluffy and bouncy. That’s good in a way since aerobic composting is faster. But it means you’ll need to mound up the final soil layer so that you won’t end up with a half-full box.

At this point it is best to let this sit a season, or perhaps plant something outside your rotation scheme such as an annual herb. However I have been know to plant directly into these beds; they seem to do OK as long as the top soil later will sustain your plant until the bottom stuff rots. It’ll do better if you add fertilizer from time to time.
I try to keep boxes in the rotation scheme even if I end up refilling them before the end of the scheme. In this case for example, the two original boxes contained tomato-family plants. So I made sure the box that got the combined soil got planted with the next thing in cycle – legumes and cabbage family. And the newly filled box can have all my leftover onions (somehow when I buy a batch of onion starts it is always too too many) and in the spring I will move it to the legume/cabbage phase.
As a final step I pile a whole bunch of freshly-clipped basil on top of the soil. This is an experiment to see if the pile of leaves and branches will help this bed avoid the attentions if digging squirrels. Of course if it results in me getting a nice volunteer fall crop of basil among my onions I will not mind a bit! 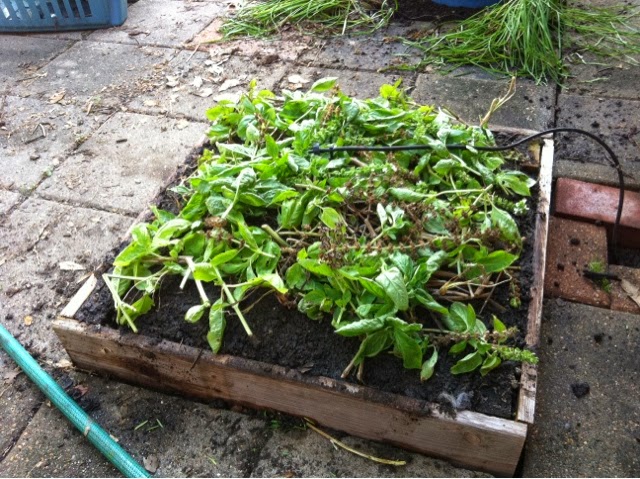